Ballpoint Universe is a horizontal shooter and when you’re not fighting enemies in the sky, it’s a platformer. So how does this game work?

You start the game in a place called Home Garden. The first thing you will learn about the world is their currency: Ink. Ink is earned by finishing missions or defeating enemies during a mission, and you can use it to purchase new equip and as well as upgrade them.

In order to gain access to the missions or find unlockables, you will be required to start with the platformer element of the title, meanwhile you progress through the game, you will be able to talk with different people in different towns. They can give you some unlockables or a mission you need to succeed, where those missions are the shooter element of the game. Depending on your performance (the number of lives you have), you will be rewarded with the elements I mentioned before. 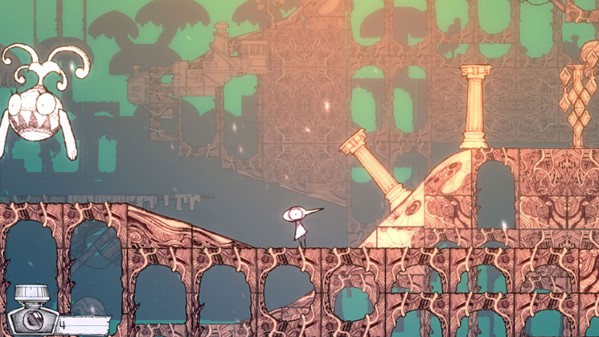 There is also an infinite mode in the Home Garden where you need to beat different waves of enemies and it gets more difficult with each wave you defeat. There’s also a lottery you can use, however, I do not recommend it as it is expensive and the chances of winning something are quite low.

The horizontal shooter is pretty easy to learn: you can move freely with the L-stick, if you have a gun, use the A button to shot, and if you have a blade, you need to be close to the enemy for an auto-attack. Similar to most games, when you’re hit you will lose health and if you lose all your health, you lose a life and losing all your lives ends the mission, so be careful.

Killing enemies without being hit allows you to win special moves, for example a strong attack or a shield, where saving them can be both a risk and a huge advantage: if you are hit you will lose the special attacks that you saved, but they can save you from dangerous moments. The enemies will also leave ink on the screen, so be sure to get it. After defeating the wave of enemies, you will encounter the boss. Bosses are tougher to beat but the price you obtain is better. In addition, some of the bosses are really creative which is a plus. 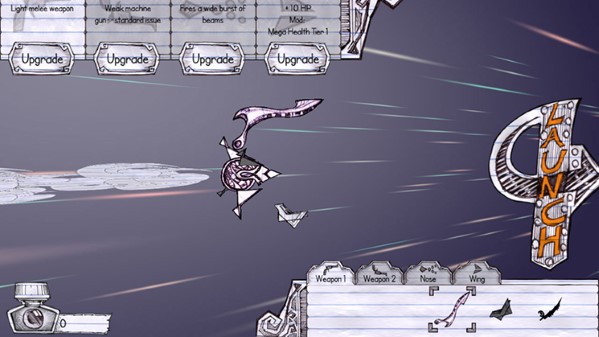 Before starting the infinite mode or a mission, you will access the upgrade shop. The equipment you will buy for your ship is divided into four categories: first weapon, second weapon, nose and wing:

Sadly, there are two things that will make the game less enjoyable: the platformer element is weak and the grinding in order to upgrade is really slow: everything is expensive when you start.

Something you may have already noticed is its visuals where everything looks like it was made with ballpoint on paper, making this title unique in its own way (just like Paper Monster Recut). The soundtrack is also good including a good variations of songs, still the music used for the upgrade shop is really repetitive.

The presentation is nice but also pretty basic. With that said, there’s no Off-TV mode, additional controller support nor manual. The Wii U Gamepad is used weirdly for this title: meanwhile it shows a pause menu with progress and options only on the Gamepad, for the rest of the game mirrors the TV screen with less zoom, skipped elements and constant fading effects being pretty unless if you don’t pause the game. 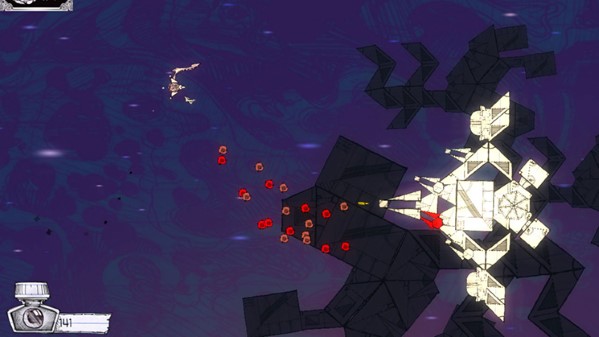 Conclusion:
Ballpoint Universe: Infinite is a nice game with a lot of replay value, sadly before enjoying the game you must survive the weak platformer and the pretty expensive upgrade system.