Where to find Alciel in the game?

After making it to Shibuya and entering the Ring of Gaea’s base, you should eventually find a demon domain where Alciel is located in. The demon’s domain is Kubuto Shrine. 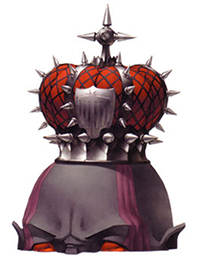 What is Alciel’s weakness in Shin Megami Tensei IV

Alciel blocks a lot of attacks, however, he has two weaknesses. These weaknesses are none other than gun and physical element skills. Other than that, only light element skills will successfully hit him depending on your luck. Alciel will block mostly everything else.

Element skills that Alciel will block :

How to beat Alciel in Shin Megami Tensei IV

The first thing you must do is set up your party. Make sure to carry a demon who knows a gun element skill. The protagonist (you) can take advantage of the gun relic to hit Alciel where it hurts (it is one of the protagonist’s default attacks).

If you don’t have Manticore, it’s fine. You don’t need him to beat Alciel. Manticore blocks Alciel’s poison inflicting skill and gained me additional turns to attack, therefore, Manticore was a useful part of the team. However, he is not necessarily needed to win.

The point of having a demon that knows Tetrakarn is to block Alciel’s one dangerous physical attack – Titanomachia. Titanomachia (skill) knocked out some of my strongest demons during my first battle with Alciel. In addition to Titanomachia, Alciel also knows a stat lowering skill.

After using the Tetrakarn skill, Alciel will take damage every time he uses Titanomachia. Keep using Tetrakarn and hitting him with physical or gun element skills and he will eventually fall. It’s wise not to use a light element attack due to low accuracy.

What relic do you obtain after defeating Alciel?

After defeating Alciel and clearing the demon’s domain, you will receive the Kusanagi Tsurugi relic. It’s a key item and one of the three sacred treasures in the game.