Odin is level 76 and he is of the Deity race in Shin Megami Tensei IV: Apocalypse. This guide shows you his weakness and how to defeat him in the game. 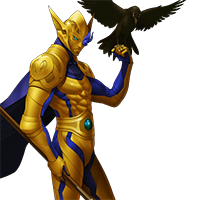 Odin’s weakness and how to defeat him in Shin Megami Tensei 4: Apocalypse

He is weak against force skills. He repels all electric attacks and has resistance against dark skills.

This moveset makes Odin incredibly strong and he is fully capable of destroying your party even if you have good resistance against his electric skills. Will of Thunder makes electric resistance/null useless as it will hit you regardless. Same goes for repelling magic skills.

The recommended method of taking Odin out is by lowering his stats and constantly hitting him with powerful force skills. That’s what I did and it’s the only thing that seemed to work for me. Using the Imposing Stance skill to mess up his 3-move-strategy combined with healing skills to cover all of your allies might also work.