Atlus just announced new collaboration title between Etrian Odyssey and Spike Chunsoft rogue-like game. It is called Etrian Mystery Dungeon, dubbed like other Mystery Dungeon series. Play-Asia may have accidentally leaked the localization before the official news from Atlus is announced.

Finally Atlus confirmed that Etrian Mystery Dungeon will be slated for US release sometime in Spring 2015 for Nintendo 3DS. The game itself will cost $39.99. 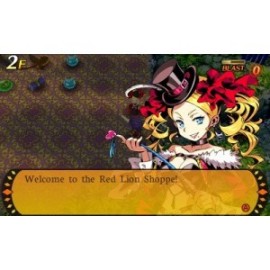 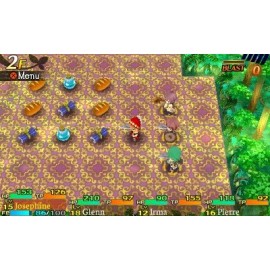 Regarding the press release, Etrian Mystery Dungeon will feature: 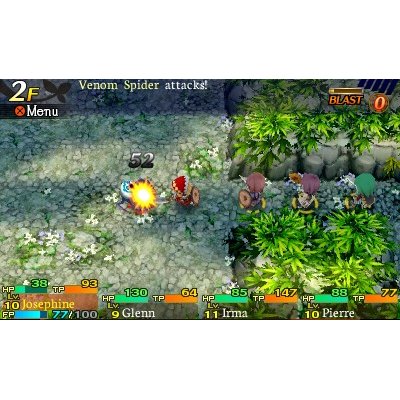 You may also want to read the description of the game.

“Far off in the mountains, the small village Aslarga becomes a hub for adventurers looking for fame and fortune from the Mystery Dungeons. But dire challenges await even the most stalwart adventurers in Etrian Mystery Dungeon, a turn-based action RPG roguelike developed by ATLUS and Spike Chunsoft. The Nintendo 3DS™ exclusive mixes Etrian Odyssey’s vast RPG party and skill customization aspects, and Mystery Dungeon’s infinitely random dungeon adventures. There’s no hand-holding in Etrian Mystery Dungeon. The action/turn based combat means that battling monsters is not just about using the right skills, but becomes an elegant Pas de Quatre of strategic positioning. Players form their parties with familiar Etrian Odyssey classes, such as Landsknecht and Runemaster, customize individuals using Etrian-style skill trees, and then take up to four members into the dungeons. Always randomized with various levels and paths, the dungeons require plenty of exploration, not to mention the incredible loot rewards — just be wary of what waits among the deepest depths.”