The objective of this guide is to help players get better at Salmon Run in Splatoon 2. You will learn how to survive waves and defeat each boss.

Know where the basket is

Before anything know where the egg basket is. This is the first thing you should be aware of, even before the wave starts. Don’t be oblivious of your teammates whereabouts, follow the egg basket. 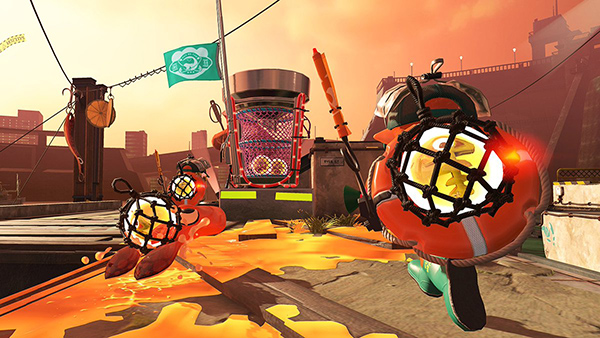 Dealing with the Steel Eel

Steel Eel – This long, mechanical beast will chase players relentlessly seeking to encircle and trap them. This boss is actually controlled by a single Salmonid at the tail who peddles the eel, this is the one you need to shoot and defeat. 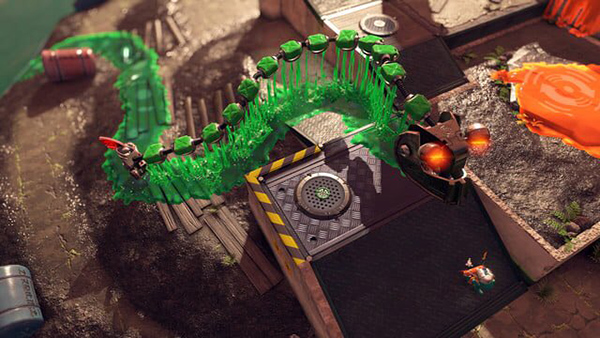 Dealing with the Scrapper

Scrapper – This Salmonid drives a mini-armored vehicle around. If enough damage is dealt to its front, it will break down, exposing its open back and preventing it from pivoting, letting you shoot at its driver leading to its quick demise. 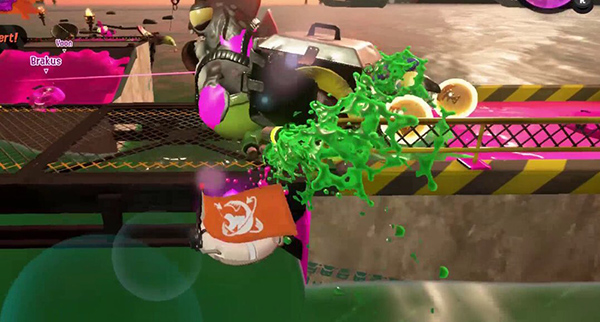 Dealing with the Flyfish

Flyfish – The Flyfish floats around on an inkjet, using two giant coolers to launch Tenta Missiles at players all over the stage. To take it out toss bombs into its two open coolers while the Flyfish prepares to launch its missiles. 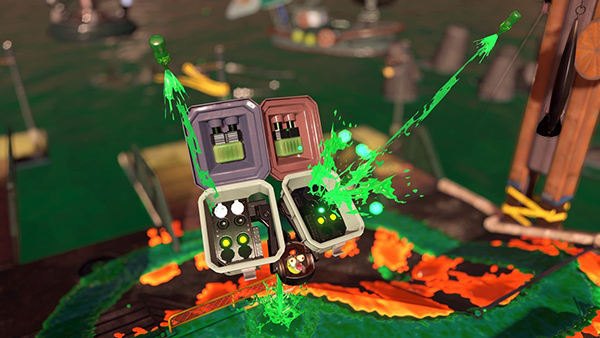 Maws – Lurks under the ink, you’ll see a moving bobber that leaves a small ink trail. When in range of a player a green circle will flash before Maws leaps up to devour the target. Jump to escape. Toss a bomb into its mouth to take it out.

Dealing with the Steelhead

Steelhead – Will launch bombs that he inflates on the top of his head which explode taking out anyone near the blast. To take him out shoot at the bomb while it inflates on his head. Medium & large range weapons are the best for this boss. 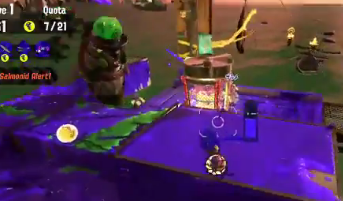 Dealing with the Stinger

Stinger -Tall boss built of stacked pots & pans with a single Salmonid on top shooting a Sting Ray weapon. Shoot it quickly & repeatedly before it can set up its blast, & knock away the pots until it falls to the ground, then take it out. 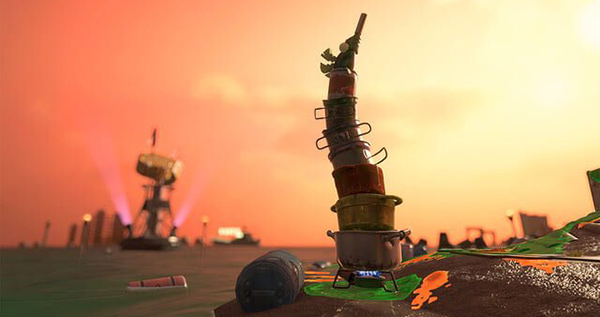 Drizzler – Flies over then lands using its umbrella-like shield. Can only be attacked when exposed after it fires the cannon on top, which releases a deadly Ink Storm, unless it’s shot before activated. 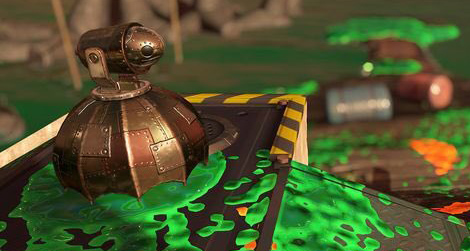 How to beat the Mothership levels

Mothership – Kill the flying salmonids before they drop the cargo to get eggs. Once or twice the mothership will approach the egg basket to steal eggs back. Shoot the mothership to stop it.

The stingray is the best special for this wave. 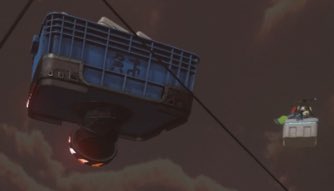 How to beat the Goldie levels

Goldie – Sewers light up. When you shoot them, they spew a geyser of ink & countless Salmonids spawn from it. Start shooting at the sewer farthest from the egg basket. Find Goldie, follow and shoot it as much as possible to get the eggs. 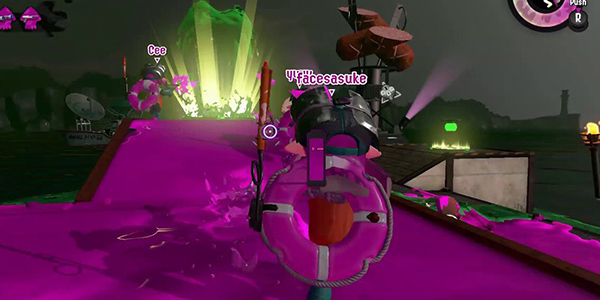 How to beat the Glowflies level

Glowflies – One crew member is surrounded by Glowflies, all Salmonids will rush toward them, including the Goldie boss. Group up your team at a strategic point & shoot everything that comes at you. Don’t leave your teammates by themselves.

How to beat the Grillers level

Grillers target a player with a red laser. Their weakness is the Salmon at the back of the grill. Shoot at it to expose more that can be shot to kill it. The target must run away from teammates so they can shoot the Griller in the back. 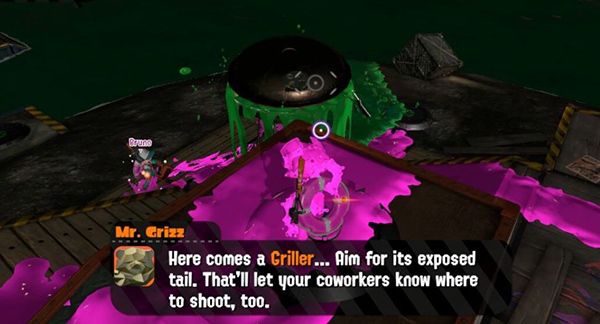 How to use the cannons properly

Low Tide Cannons – Cannons spawn for you to fire at the spawning hordes of Salmonids & bosses. Two teammates should focus on firing the canons, while the other two collect the eggs. You can also be killed while in the canon, so be careful.

To use the cannon, go up to it and press the ZL / ZR button to fire. Do not forget to take a break to refill on ink, as it consumes ink from your ink tank each time you fire.

How to beat the fog event levels

Fog event – It’s just a normal wave with very poor visibility, so you have no idea what’s there until you’re either right in front of it, or it’s already attacking you. Just open your eyes wide, and be careful.

Take advantage of your special

Don’t Forget to use your Special! You’re given a Special with 2 uses, shown by little packs on your helmet. You can’t recharge them, so knowing when to use them is vital, but failing because you were afraid to waste them is even worse.

That should wrap things up.

Just because you get splatted, doesn’t mean you’re done for. Start making your way towards an ally, preferably near the egg basket. The egg you’re probably carrying may be the difference between meeting your quota and failing a wave.

Don’t be silent. While it’s true that your communication capabilities are very limited, you shouldn’t neglect the options available to you. If you’re down ask for “help”. If you spot incoming bosses, or many eggs to collect use “this way”.

Most importantly, always Booyah back.

Credit: This guide was made by a friend of Marc, Star.