If My Heart Had Wings Lands on the Nintendo Switch!

Six years after its international release on the PC, If My Heart Had Wings has made its much-anticipated debut on the Nintendo Switch.

Though it may not seem so long ago, a lot has changed since June 2013. The world was still eagerly awaiting the arrival of Pokémon X and Y on the 3DS, Mars was thought to be absent of running water, and nobody knew what a fidget spinner was.

When a PC  game is re-released on a console, it is held to a different set of standards. In addition to the regular criteria, the following must also be considered:

After a life-altering accident that shattered his dreams of becoming a cyclist, Aoi Minase returns to his hometown of Kazegaura. Saddened by memories of his past and uncertain about his future, Aoi transfers to Keifuu Academy for a fresh start. Prompted by a series of events and the encouragement of old and new friends alike, Aoi finds himself at the centre of an effort to restore the academy’s soaring club.

Setting their sights to the heavens, students united by personal loss and bound together by a yearning to fly teach each other invaluable lessons about life, love, and everything in between. Their ultimate objective is to sail the elusive morning glory — an elegant cloud that forms over the small Japanese town only once every couple of decades — in their glider.

Navigating the world as Aoi, it’s up to you to determine how everything pans out. 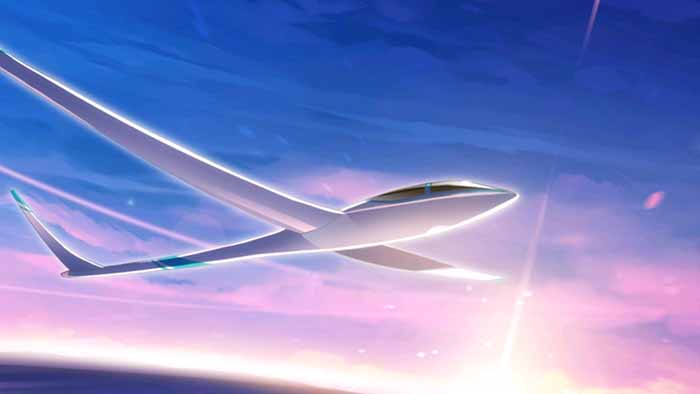 If My Heart Had Wings lets you decide two of the most crucial elements of gameplay — who you date, and how it all ends.

While there aren’t too many choices you’ll need to make, each one must be made wisely if you want a positive ending. It’s not too stressful, though; all of the options are very straightforward, so careful consideration isn’t as necessary here as it is in a game like WorldEnd Syndrome.

While Aoi has six potential romantic interests, you’ll only have the option of pursuing Ageha or Kotori. Amane, Asa, and Yoru’s routes are unlocked after completing the game once.

If My Heart Had Wings is a gripping tale that balances hope and heartbreak with light-heartedness and humour. Watching the characters as they bond, grow, and employ clever solutions to solve their problems is inspiring and entertaining.

There is a caveat, however — this game moves very slowly. So slowly, in fact, that at times it feels almost ridiculous. The main plot is sometimes swept to the sidelines in favour of small subplots. While minor storylines do provide additional context and often show different sides to the characters, they do tend to run far longer than necessary.

It tests your patience, and for this reason you might stop investing in it early.  It certainly seems that was the case for players of the PC version on Steam — the number of players that made it as far as the second show is under 20%.

Now, to answer those bonus questions: