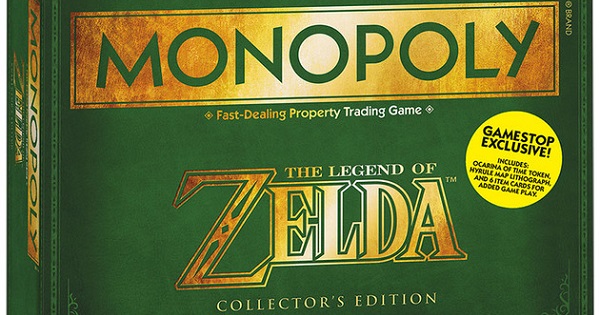 Two Nintendo facts are strong here: the licensing of Nintendo products as announced by Iwata and the launch of Hyrule Warriors in September, and it won’t be the only cross-over game released that month. Still, it isn’t coming to the Nintendo Wii U.

USAPoly is releasing Monopoly: The Legend of Zelda Collector’s Edition, being the most complete version a Gamestop’s exclusive, as listed on their site. It’s coming this September 15th in the US with a cost of $39,99 and it’s mostly based on The Legend of Zelda Ocarina of Time.

The package will include:

Changes from the original game:

You can also see a little gallery below: