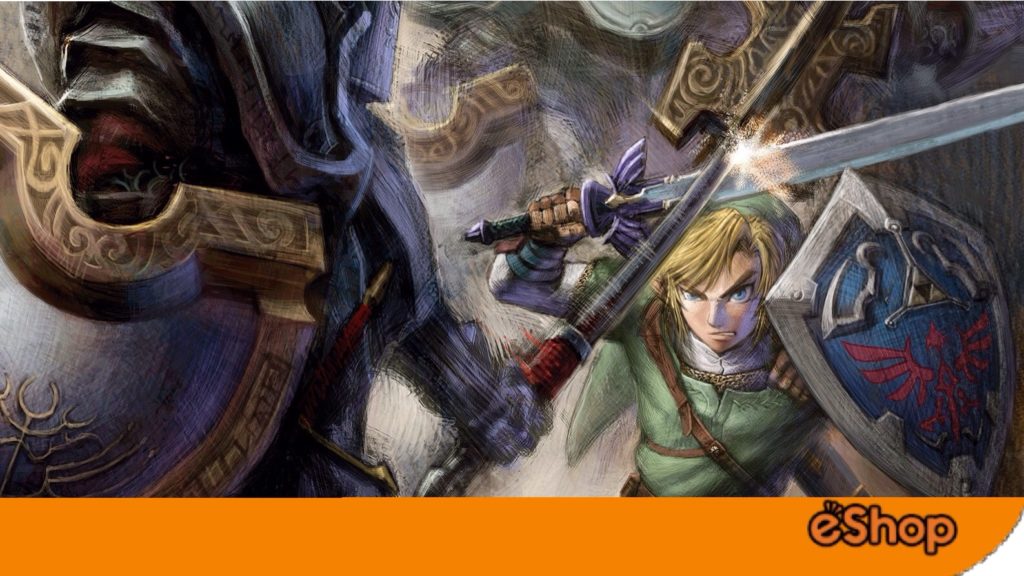 A game from 2006 gets reborn in a new shade of fresh light ten years later, re-released for a more recent and powerful console, and that game is The Legend of Zelda Twilight Princess, through…a Picross game. Ok, I know there’s primarly a Wii U remake released just before this, but that’s on wait for another day. Either way, can this Zelda-themed Picross entry be just as addicting and challenging for newcomers and veterans, or should you hold on those 1000 Platinum Coins from My Nintendo for something else? 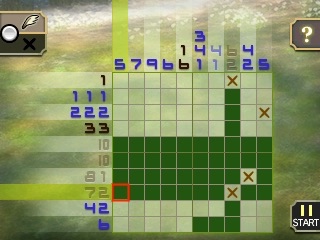 But hold on, you may be asking “Wait a minute, Platinum Coins? My Nintendo? What are those things?”. Well, for those left wondering, My Nintendo is the new reward system by Nintendo to replace the good ol’ Club Nintendo. Platinum Coins are one the new system’s points for redeeming rewards, other than Gold Points. I won’t explain how these work now because it’s not the primary reason you came here, but let’s say they have different methods of how you earn them. Anyhow, one of the rewards there appears to be a new Picross game for the 3DS, which also happens to be themed upon The Legend of Zelda Twilight Princess, most likely to follow the re-release of the game on the Wii U. That said, you’ll only be able to get the game if you spend a chunky price of 1000 Platinum Coins, or if you’re a lucky one,get the game via a giveaway or an auction, but one way or another, you still won’t be able to purchase it from a retail store or the eShop. Description given, let’s take a look at it. 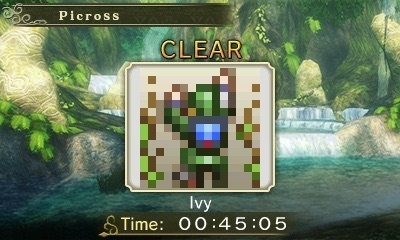 So I think that I should explain how Picross functions in first place. Picross is categorized as a puzzle game that could be best described as a Sudoku-type game where you fill in squares of a square-shaped/rectangular-shaped panel by following the hints given on the left side and above it. In the end, you’ll have a pixelated image if done correctly by the end. So basically, in this version, you’re tapping in squares with the correct orders and after your hard work, something related to Twilight Princess will emerge in pixelated form. It may sound simple, and it is a bit for the first ones,but it will test your attention and skills as you go on more and more aiming to the later ones. For me, with my first steps into Picross territory with this version, the game did an incredible job in introducing the concepts and fundamentals of how everything works, so I managed to finish all of the Picrosses, Mega Picrosses and even the Micross puzzle included. It was a lot more addicting than what my puzzle-solving self was expecting,so this should do just as well with newcomers and veterans all the same 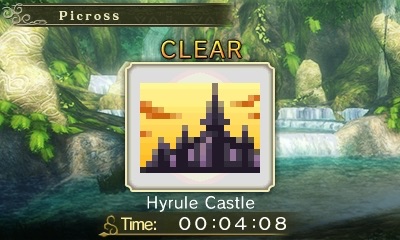 This Twilight Princess version of Picross holds a total amount of 91 puzzles. There are 45 normal Picrosses, 45 Mega Picrosses and 1 Micross. The normal Picrosses are simple enough to understand at first, and of course, they do tend to get more complicated as the size of the later Picrosses become bigger and larger. Luckily,for those wanting the helping hand, you can ask the game to highlight a certain column or row determined by a random roulette before beginning the puzzle itself. It gives a boost on progression, but it still keeps the mental challenge fair to make the player think where certain spots have to be rightfully filled in, or just plain ignored. There’s also an auto-correct mode to, well, correct you if you done a fill-in with a square you weren’t meant to work with in the first place, although consequently, you’ll also get your timer delayed further, and if you do want to see the puzzle itself in its full colored glory, do the less number of mistakes as possible by completing it before the timer reaches one hour, with only exception being on the Micross puzzle. One little thing that didn’t settle in well while solving some of the bigger puzzles, applied to both Picross and Mega Picross mode, was how small they appeared inside my Touch Screen(my 3DS is the original standard model), and how I would accidentally fill in a square unintentionally when I wanted to do the same with another square instead. It’s just a nitpick with that’ll most likely occur with other 3DS users who happen to own the original model(and probably 2DS users as well), so I imagine that with the 3DS XL, it doesn’t happen as often, so really, it most likely will be a small issue for only some people who don’t have the XL model in reach. 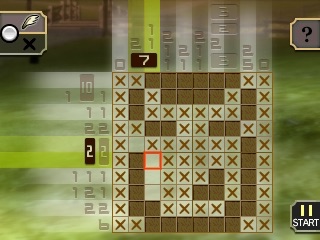 Mega Picross is just like normal Picross, with the added factor that a specific number will appear above two columns or aside two rows, asking you to form a snake-like pattern with the numbers asked in-between the columns/rows that it appears on. For last, we have the Micross puzzle, which should take some time to complete, as it’s pretty much a whole hunch of traditional Picross puzzles in one giant Picross of its own. You first complete the bigger Picross itself, and after that, move on the squares you filled in for smaller Picrosses to finish the job. Easier said than done, as took me as long as 3 hours to unveil the entire thing, and even if there is just one Micross to be seen in this package, it was a good difficult task to accomplish. That said, after all is done, the replay value is a bit low, and after having all of the 91 puzzles completed, you can only put yourself to beat your previous timer records throughout all the Picross puzzles you’ve done; but considering the good amount of around 20 hours spent playing, ’twas a good while it lasted. In all fairness, you should still have your time’s worth if you’re one interested in these types of games, which for what I’ve seen, there are plenty. And I see the “why” of it being a swell good reason. 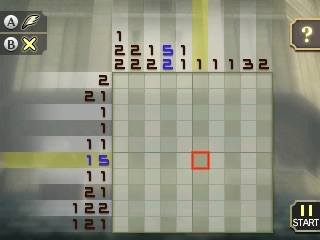 How I see this game: “The Legend of Zelda + Picross = Almost instant success for fans”. This My Nintendo Picross version of the Twilight Princess chapter is pretty solid on its own for a digital reward. There’re 91 well-crafted puzzles in here, and it’s a nice spin-off in a way to maybe interest other people to try the game it’s based on. Since this is still a My Nintendo reward until October 1st, you’ll have your 1000 Platinum Coins put to good use if you spend them here. Come to think of it, it is one of the better rewards available there, considering it’s one of two full games available with Platinum Coins there right now, with the others being side-stuff like 3DS themes, Miitomo items,and game discounts. This particular reward may become a rarity in the future to come across by, so if you’re interested or curious in it, redeem it while the chance is still there.