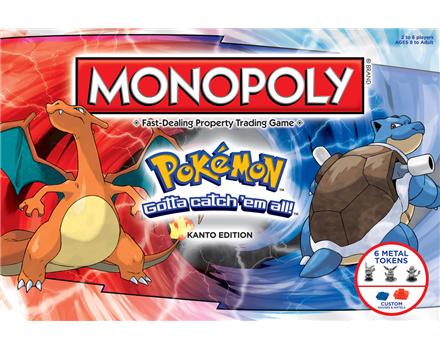 I will be honest, after covering The Legend of Zelda Monopoly two weeks ago, I wasn’t expecting USAopoly to release another Nintendo based game, this time on the first region of Pokémon: Kanto. 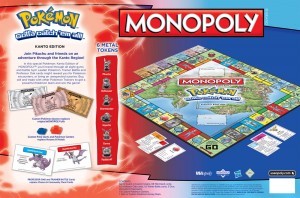 Being released soon for $44.99, this version of the popular board game will feature the eight gyms from the Kanto region.

The houses are replaced with Poké Marts and the hotels with Pokémon Center. Chance cards are called Professor Oak and Chest Cards are named Trainner Battle.