Ever wanted to play a board game but didn’t have the pieces or the friends? Do you like having multiple options at your disposal? Good! Now we have something in common. Keep reading if your answer was yes.

The main female protagonist starts out with a past where her parents were dead and how she was watched over by her Grandmother. She later goes through vaults (this game’s form of dungeons) to follow grave robbers who are after the Hammer of Thor and to take over the world. Gran also tries to keep the peace with the different people of the land, as she is like an ambassador, but that’s not really the biggest focus. 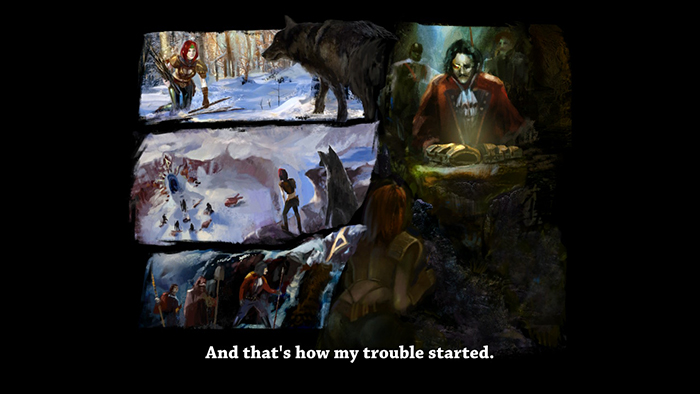 When playing through this game the story felt forgettable other than the fighting-others-for-power part as the cutscenes were minimal and there weren’t any engaging animations. Just straight faces.

Take a look at the controls. When starting the game you learn how to attack. That’s by going near them and lunging toward them with the stick. Then the dice drop. Got to sarcastically love that RNG! That’s what it all boils down to early in the game. You get lucky, you win. You get unlucky, then you’re probably dead. Although the game has more options for attacking rather than defending (1&2 skulls vs. 1 shield) it still proves Murphy’s Law was right.

The Classes and Differentiation

You can pick from different classes when you level up. One close range, one long-range, and another with a longer range that’s slightly weaker. You get attack and defense dice for each of these classes of weapons. Depending on your class, some enemies are harder while others are easier, and the game provides branching paths in certain cases hinting you of this. It’s good to have variety like this, but when it all ends at the same spot, you may ask yourself why to bother with the other two after your first playthrough. The paths and choices do not affect the outcome as much as you think. Speaking of choices… 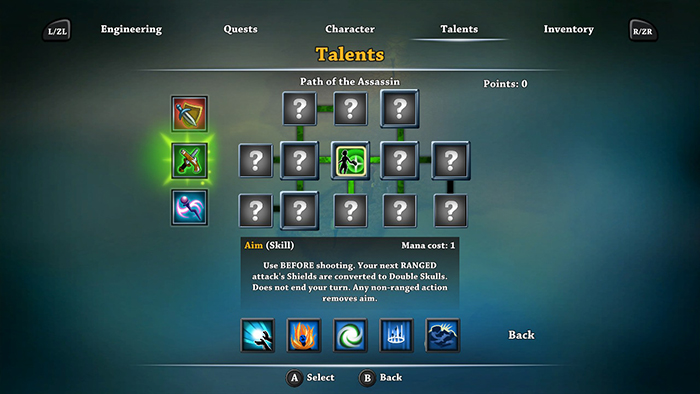 Two skulls mean you get to add your attack damage twice. One skull means you get to add your attack damage once, “X” means no attack or defense measures, and one shield means you subtract that damage. If you get more shields than your opponent does in skulls then you get dealt no damage. There is also an option to reroll and that uses up your mana resource which is way more useful when closing a fight since you have nothing to lose. You can also reroll in certain cases such as not getting a perfect roll when you have mana. 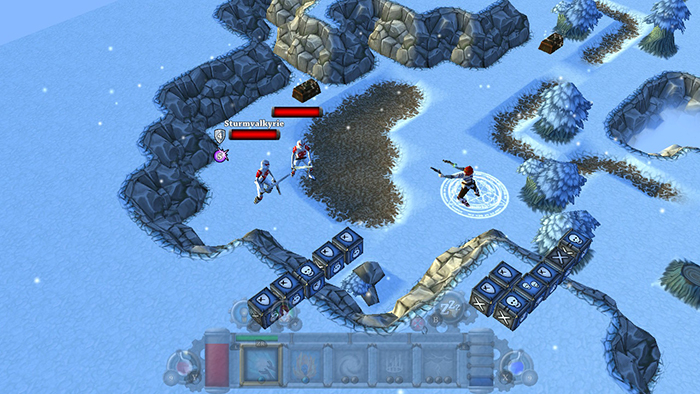 Roll the dice based on how many you have in either attack or defense of 1 of 3 categories. You got melee (swords/hammers), magic defense (staves), and ranged defense (guns). Typically, if you go one route, you only focus on one category and take advantage of your strengths. For example, if you use swords the most you would add more dice to melee attack and defense. When defending, however, trying different equipment to change the amount of defense dice you get is alright, but keep in mind if it’s not your strength you might not be adding other stats that favor your playstyle.

You get potions for both health and mana. Mana is for rerolls and other skills while health is based on whether you are alive or dead for the most part. There are ways to keep both gauges at a balance and you can luckily save your potions for when you need them. There was a point where getting potions really helps playthroughs since certain enemies heal themselves and using up mana is really important otherwise you can’t keep up. The only challenge is how you deal with encounters. If you don’t manage well you die or even if you manage well and get unlucky you die. It’s not frustrating but if you’re stuck in one spot it’s probably you. The game’s enemies can feel underwhelming once you know their quirks and are lucky enough to beat them. Just leave the epic boss fights up to RNG. 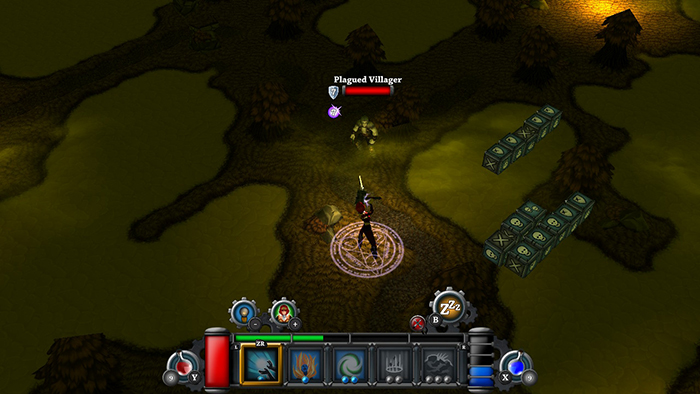 Rimelands: Hammer of Thor is a neat game that poses a lot of interesting probability equations but the RPG aspect is lacking, especially the story, graphics, and music for the most part. The creative direction isn’t bad in terms of concepts however that’s not a pleasant excuse to get the game. For the price, you get a lot, but this game does not draw you in for too long. It does offer postgame content and replayability but only if you really like dice games. You are better off playing Dungeons and Dragons or better yet Risk. Unless you don’t have friends to play with. In that case, Rimelands: Hammer of Thor looks more attractive.