If you had the power to change the last country in the world inhabited with humans and demons to your ideal liking, would you step up and take charge or cower in fear while waiting for the gods to do something about it? In Shin Megami Tensei IV: Apocalypse, you become a god slayer through a contract after being brutally murdered by a demon due to your feeble self. What happens next is entirely dependent on your decisions.

The game occurs three-quarter way in Shin Megami Tensei IV’s story, which doesn’t make it a sequel. You begin the game as a new protagonist and your actions will change the course of the original game’s story, making it a totally new game. 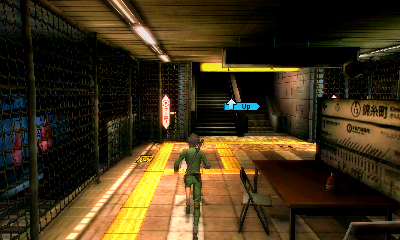 Getting the impression that Apocalypse is just an add-on such as DLC is an inaccurate idea of the game. It’s a totally new story from a new protagonist’s point of view, however, it occurs in the same universe from Shin Megami Tensei IV with the same course of events taking place.

Do you need to play SMT IV before playing SMT IV: Apocalypse?

The short answer is no. Atlus did a good job at having the current situation of Tokyo summed up nicely at the beginning of the game and notes you collect during your journey help you get an idea of past events/people from the original game.

If you’re considering to start with Apocalypse, by all means, go for it.

Similar to old SMT games, SMT IV: Apocalypse has several difficulty levels and you can switch between them at any point in time. For those who lose hope against foes like Minotaur and do not want to overcome the challenge, this might be a preferred choice.

If you’re not familiar with Shin Megami Tensei games, you basically play through the story using demons to fight your battles with you and level up. The higher your level, the more powerful demons you can command at your side.

The game uses the same turn based first-person view battle system we all know and love from Shin Megami Tensei IV, just with some enhancements. Attacks you use appear on the top screen and there are animations for enemy deaths depending on how they were defeated.

When using a skill against an enemy, you’re going to hear a voice while performing the attack. What is said during this time may be randomized to avoid being repetitive.

The story keeps you entertained with interactive mechanics that keep you in the loop instead of leaving you on your own to fend for yourself like in Shin Megami Tensei IV. An improvement that was introduced in Apocalypse is the “goal” feature which lets you see where you have to go next. It’s extremely useful to figure out what your next objective is if you happen to stop playing for a period of time and pick it up at a later date. In addition, a lot of destinations were removed in the Tokyo map to make exploring easier on newbies.

While there are not as many destinations you could explore as seen in Shin Megami Tensei IV, you still get access to the entire Tokyo map and the major areas from the original game, however, content is unlocked piece by piece during your journey. Challenge quests are noticeably lower when compared to Shin Megami Tensei IV as well. As for being worried about how much content is in the game, you can rest easily knowing there is a lot. It definitely is not a game you can finish in one day. As a matter of fact, it might keep you occupied for several weeks if you tackle a majority of what the game has to offer such as challenge quests, routine treasure hunting for Macca, browsing through possible fusions and the list goes on. 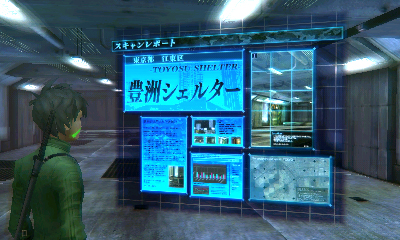 The controls are excellent and instructions on how to use them are clearly shown. Camera angels can change with a simple press of a button (it was hidden in the first game), the L and R shoulder buttons can be used to adjust looking to the left and right directions (although it isn’t needed because it’s automatically applied when your character moves left or right), and the B button can be used to face the front when you see your character in third-person view.

Do not worry about seeing old non-playable character faces from SMT4 over and over again if you have played the first game. Fresh faces have been added to Apocalypse although you’re not totally going to get away from old appearances. What’s important is that it’s designed in a way that wouldn’t bother you and make you feel like you’re playing SMT4 over again. 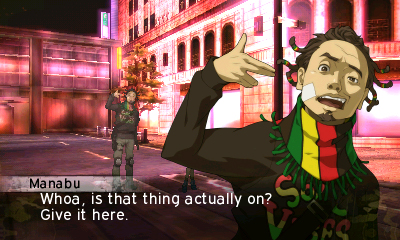 The music you hear while playing does not get old and you may grow fond of some. The voice acting matches the majority of characters, however, one particular character’s voice sounds significantly similar to another character from another game (probably same voice actor) and it doesn’t fully suit the character’s role because of the sluggish tone.

The graphics were also improved with the new title. If SMT IV’s world wasn’t already looking beautiful in your eyes, you may still dislike it, however, a careful look will reveal the improvements that were made.

With different choices of who to side with, you’re going to want to replay the game to see the different outcomes from the decisions you have made. New Game Plus, a feature that isn’t shocking to SMT fans, helps this as well when playing again after finishing the story.

Just like the first game, you will be able to start over from scratch or transfer over your content to the new game.

Shin Megami Tensei IV: Apocalypse is a major improvement to Shin Megami Tensei IV and it’s a great game to get you into the series. It is not a sequel or a remake and it does a fantastic job at keeping you engaged in the story with a lot of content to boot. It feels like Devil Survivor merged with the original Shin Megami Tensei IV game. The gameplay is fun for a turn-based game and it’s certainly something that will keep you occupied for over a week.

Shin Megami Tensei IV: Apocalypse gets a 10 out of 10.