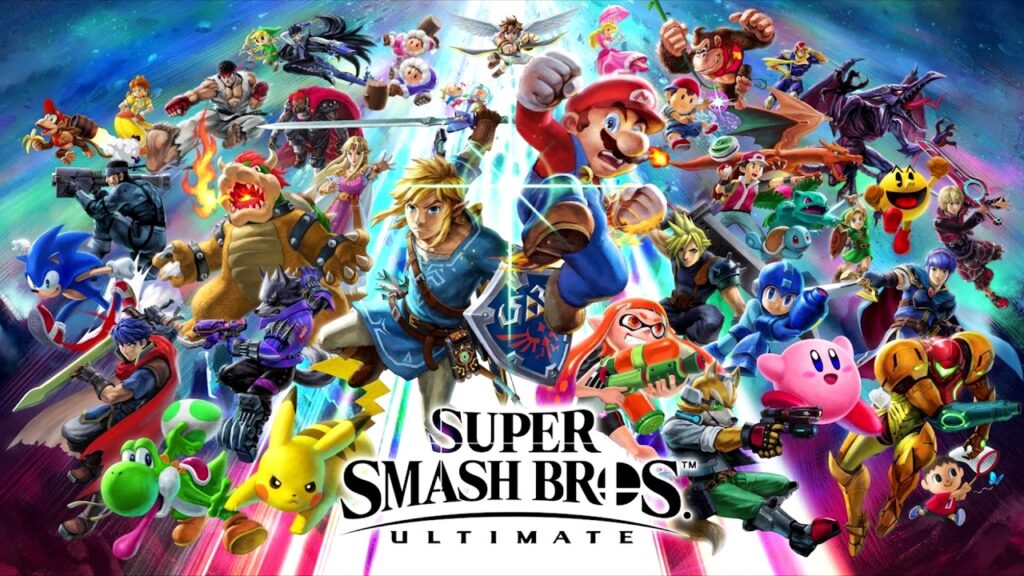 The free-for-all that pits the most beloved characters from the gaming universe against each other in a frenzied fight to the death returns! With Masahiro Sakurai back at the helm, the franchise successfully fuses novelty with nostalgia to create a memorable experience for both new and seasoned players.

The roster has once again expanded, featuring veteran fighters and new recruits alike. In this iteration, no player was left behind — every character that has appeared in the Smash Brothers series makes their way back to the stage. New fighters include the highly anticipated Ridley from the Metroid franchise, King K. Rool from Donkey Kong, Incineroar from Pokemon, and Simon from Castlevania.

Echo fighters — unique characters whose movesets mimic those of other fighters — have also made an entrance. This means that Daisy finally gets her chance to duke it out in the ring, and Chrom can take his place alongside (or against!) Robin and Lucina — even if they are just ‘echoes’ of Peach and Roy, respectively.

Fan favourite stages from previous games have also become the battlegrounds for Smash Bros. Ultimate showdowns, along with several new stages. Regular, omega, and battlefield forms are available for each of the 103 stages. Stage building makes for a more customizable experience, allowing for players to create anything from simple stadiums to flaming death traps that are nearly impossible to navigate.

Story Mode has also made a comeback, but it’s a little different this time around. In World of Light, players must rescue the imprisoned fighters and defeat an army of shadow puppets and master hands to save the world from an all-consuming darkness. Reading that over, it sounds completely lame — but I promise you, it’s more fun than it sounds.

A hybrid of Brawl’s Subspace Emissary and Event Matches, it’s a single-player mode with a storyline and cinematics — but it isn’t quite as linear. It’s more of a series of battles against computer players under special conditions, which can range from fighting with limited stamina to battling in a stadium with a poisonous floor.

That’s where spirits come in handy. Spirits aid your fighters on their quest to restore order to the world by granting you perks. Some can increase your damage output and defence, while others can grant you poison resistance or immunity. You can definitely play without using them, but it can be tricky in places where the floor puts you to sleep and you’re running out of stamina!

Playing online requires a Nintendo Switch Online membership, so unless you have one, your battles will be taking place in your own backyard. Before it’s even asked, yes — the lagging that Nintendo is notorious for, unfortunately, does make its debut in Ultimate.

If you’re still hoping to use your GameCube controllers, have no fear — Nintendo still profits off of  caters to you by selling adapters and pro controllers. If you’re like me and you prefer a classic controller over the wii remote and nunchuck combination, using the joy-cons together with the grip provides a similar feeling. It’s not the same, no, but it comes close enough.

If you’re looking for a portable Smash Bros. experience, this is it. Row it out on the go or at home. Happy Smashing!