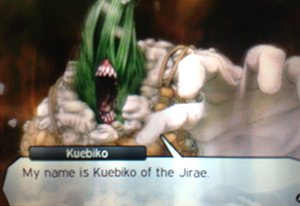 I was surprised how weak Kuebiko really is. He is one of the demons in the game that I defeated the quickest. A couple of powerful hits that he is weak against should finish him off. After defeating him in battle, you will be able to obtain him from a demon fusion.

What do you get for defeating Kuebiko :