Playing V-Ball mode in ARMS should be easy, but did you know there are ways you can improve yourself in V-Ball mode? In this guide we’ll give you some tips for ARMS Volleyball mode on the Nintendo Switch. 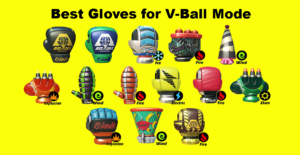 It is important to choose gloves that can hit fast and return to you as quickly as possible so you can control your movement speed during the match. The ball will always fly back and forth so you must keep your eyes on the ball. Avoid using gloves such as Boomerang, Thunderbird, Guardian, Megaton and Blob.

You can prepare a Spike hit and hit it again to successfully spike the ball. This will make the ball fall really fast on your opponent’s side and harder for your opponent to hit back the ball. Here is how to spike:

Avoid using your arms as individual or single hits at a fast pace. Even though the game mode is meant to make you move at a fast pace, using your arms too fast in succession can delay your arms coming back to you and harder for you to turned to or face the ball. Timing is the key and listen to the Ball sounds as it will beep eventually. 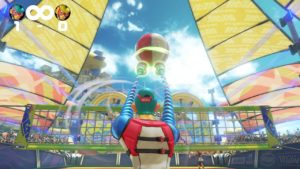 If by any chance you don’t have other gloves equipped to your favorite characters. Most default characters come with at least a Light Glove for both hands. Despite some characters having a larger design, that does not mean they are slow at punching. Almost all characters have the same hit speed when using Light Gloves and/or Heavy typed gloves. A few characters do not have light gloves and mostly Heavy gloves as default. You may want to avoid using them for V-ball mode. Here are some of the characters that come with Light Glove as default:

With much practice and choosing the right gloves. You will get better in no time! There will be sometimes where you are un-matched and that is okay. Try your best!