This guide shows you how to find Kansuiji as well as how to complete the “Where The Corpse Went” quest in Shin Megami Tensei IV: Apocalypse. You will meet Izanami along the way and she will try to draw first blood, so be prepared.

How to find Kansuiji in Shin Megami Tensei 4: Apocalypse

Step 1: Use a terminal to transport yourself to Ueno’s Central Underground District.

Step 2: Similar to last time, follow the instructions on how to get to Shinobazu Pond. 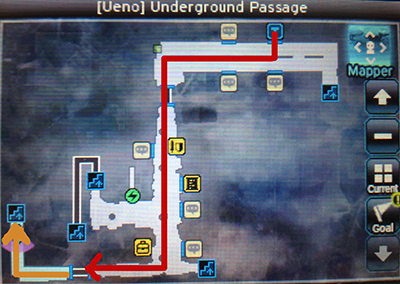 Step 3: Walk to the exit icon (if you haven’t cleared the map, do so now and you should find it) and you should go to the Tokyo map. There should be a square area icon next to where you came from. Go to it and enter, however, be sure to save before you do.

Izanami is a level 82 demon of the Megami race and she is one of the National Defense Divinities of Tokyo. You will be required to defeat her to finish the quest. 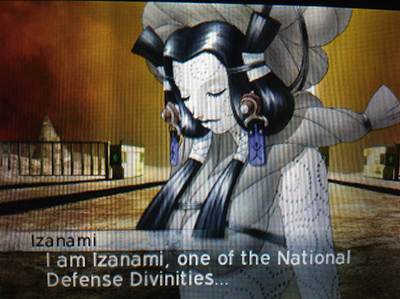 As you can see from the list above, she primarily uses electric, dark and almighty skills.

Izanami’s weakness in the game :

Her only weakness is fire skills. She blocks both ice and light skills. In addition, she absorbs dark attacks and recover HP whenever they’re used against her. Everything else hits her neutrally except for status moves.

Hiroshi will help you during your battle. The best option to choose is “support” unless you need to recover HP for your party (assuming you do not have a demon that can heal your party members). All of my teammates had fire skills, therefore I did not take advantage of the “attack” option.

She has a healing skill which I think is triggered when you constantly replace weakened demons with stronger demons. Try to avoid doing that and keep using fire skills against her while having your demons healed of their lost HP.

By the time you get this quest, you may be able to fuse Belial via special fusion. He has a fire skill called Fire of Lethargy, a heavy fire skill that decreases the target’s defense, hit and evade rate.

The effective methods of defeating Izanami before she could completely heal herself :

Upper-body armor isn’t necessarily needed because her skills do not hit the protagonist too hard unless you are weak against them. Not to mention that her Thunder Gods skill ignores null/resist because its effect pierces through it. It is important to have MP recovering items with you because her Vengeful Curse skill (which she uses a lot) can drain you of all your MP.