NO ACTUAL GEMS IN THIS GAME. 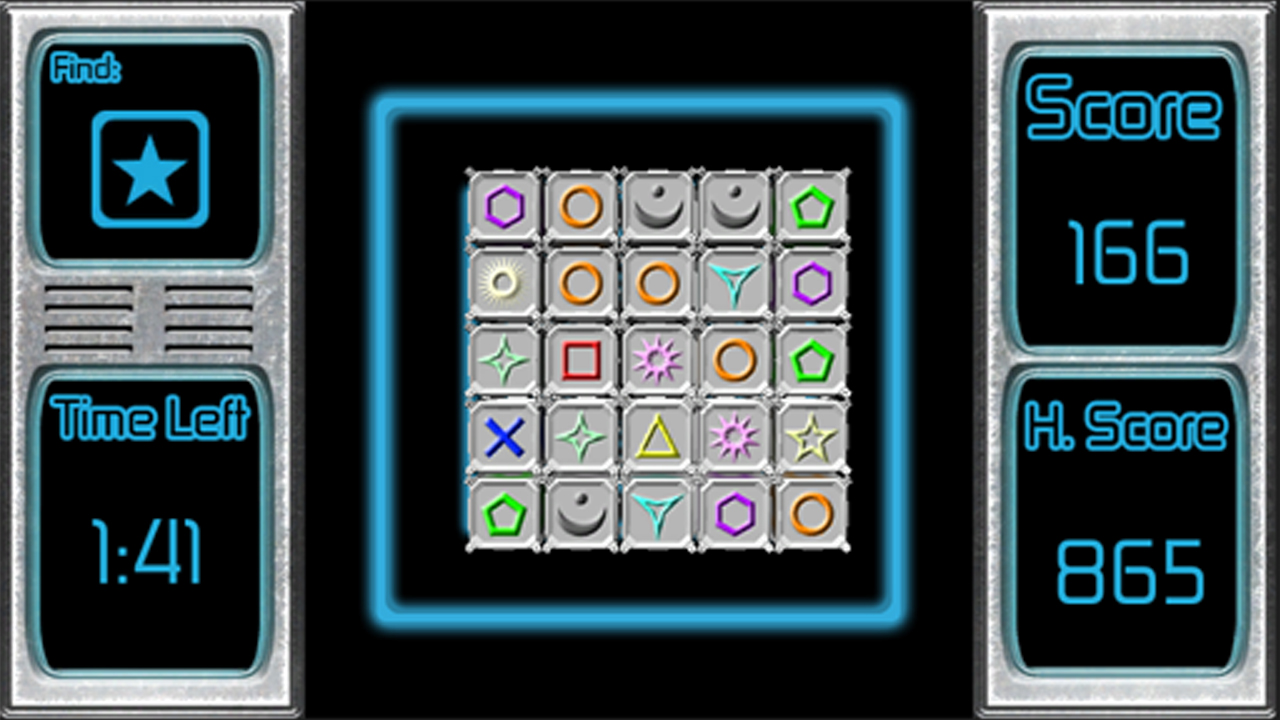 GAMEPLAY:
GEOM is a puzzle game offering three different modes, where your speed is really important, and everything is played with the Wii U GamePad and its stylus.

The controls work perfect in most parts of the game. A major problem is the first mode where you will need to wait for the block outline to become blue before dragging the line.

First Mode:
In the first mode you need to select multiple blocks with the same shape. If you touch a block, it will have a green outline which means you can swap it to any block in the screen. If you drag it, it will become blue.

Second Mode:
This mode is less complex than the first one. You will need to find the blocks with the shape that is asked. You will win three points per block. Similar to the first mode, you can win bonus points tapping at anytime the moon blocks that give the player 5 points and the sun blocks  that make you accumulate up to 10 points.

Third Mode:
The last mode of the game is also different in its own terms. You will need to tap as many blocks as possible. The blocks will be moving in different speeds from the bottom of the screen.

Every group of shape gives you different points and has different speeds that are explained in the game and its manual. If you pick the bonus shape (that appears in the top-left part of the screen), it will give you double the points.

You can also set the time for the three modes: for the first two modes you can pick two, five and ten minutes, and in the third mode, there are only the options; two and five minute intervals. They have different high scores for each which offer greater replay value. 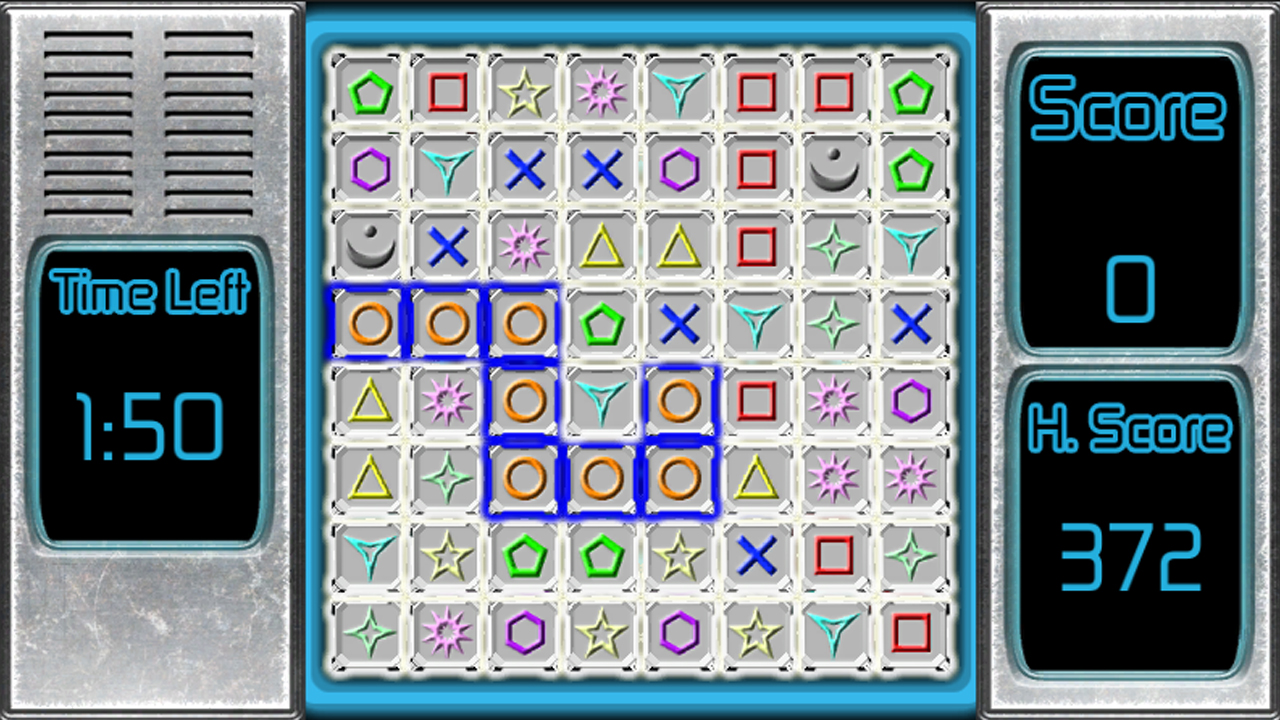 GRAPHICS AND SOUND:
The game looks astonishing for its price as it offers a good design in overall that works and fits perfectly. I won’t say it can’t look better as there is always room for improvement in everything but neither can I excessively complain.

The music is mellow but definitely not the best. In truth and in fact, after five minutes of playing the game, the music became tedious and I decided to mute it.

The instruments used and the short duration of the loops make the music worse than it actually is, leaving most players no choice but to indeed mute the Game Pad. I  recommend that you listen to your own music meanwhile you play this game. With regard to the sounds, it’s just an empty category as no sounds are used in this game. 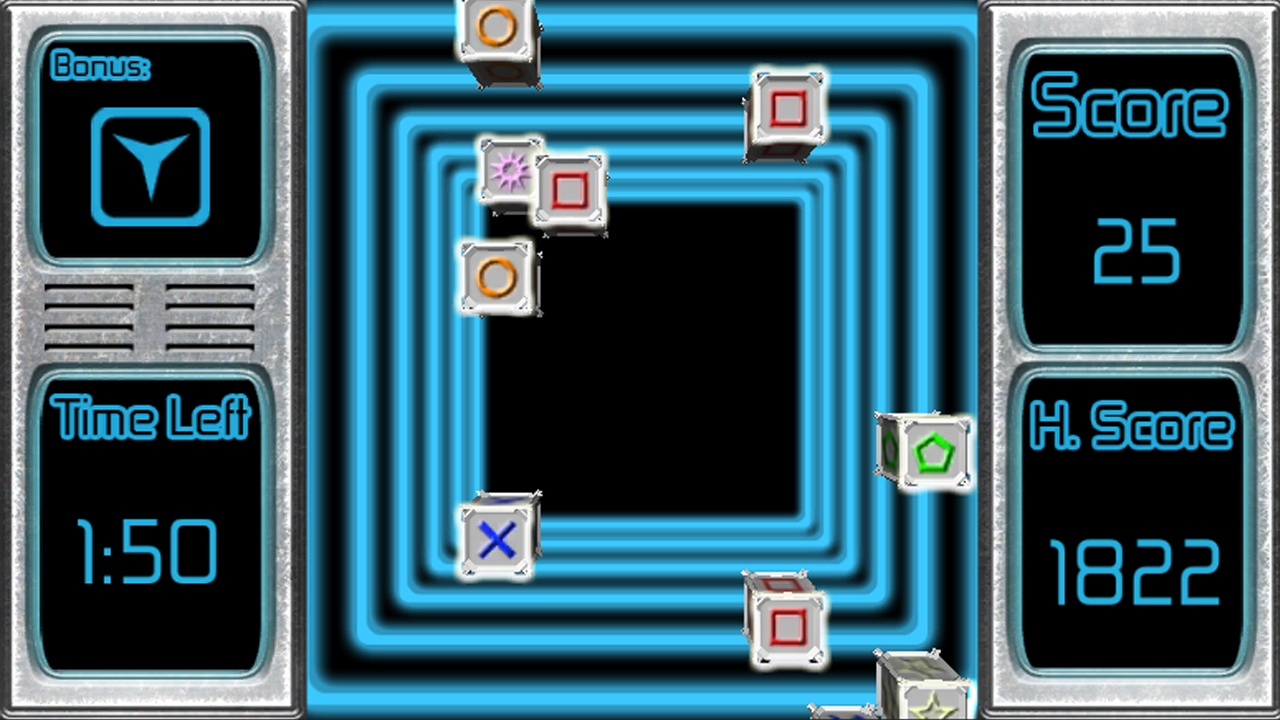 PRESENTATION:
The presentation is simple but it is well done and therefore, it can be well received. The menu is easy to use, the simple manual explains everything, the instructions in the game are excellent, you can set different times where you can beat your highs cores and finally, the game works like it needs to.

On the other hand, they are lacking elements however, for its price, you cannot go wrong with this purchase. The instruments used and its short duration will make you mute the Game Pad to avoid the music however, on the bright side.. at least this means more battery duration for the controller.

CONCLUSION:
It isn’t a bad game for just one dollar ($0.99). It offers an interesting concept and a nice replay value which makes it an interesting way to spend the time. It’s a good offer for those who love puzzle games or for those who like games that can be played in short sessions. Its main downfall is that its soundtrack will make you mute the Game Pad.