Metatron is a level 98 herald in Shin Megami Tensei IV: Apocalypse. This guide tells you his weakness.

He only has one weakness and it’s electric skills. He resists everything else (fire, ice, force, gun, physical and dark) except for light and almighty attacks (obviously). 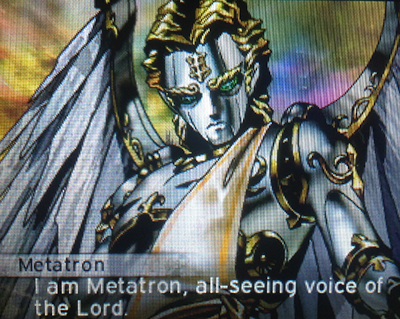 He was a major disappointment when I battled him. For someone of his level, I was expecting the battle to last a lot longer, however, both battles with him (in a row) were extremely easy even without having his weakness in your skill set.