There is no doubt that for whatever reason, be it for comedy relief or the sheer enjoyment of the genre, we are currently basking in the era of Simulation gaming (some don’t even consider simulation games ‘gaming’). If you are a regular Steam user, then you know what I’m talking about. Yes, believe it or not, Simulation ‘games’ have taken over the gaming market, but I wouldn’t say by storm. There are more popular games, such as The Sims (which has been around awhile), and Goat Simulator, which is mostly making fun of the terrible, broken simulation games. And then there are the less popular games, like Grass Simulator, and My Pet School 3D. Oh yes, I went there.

While it may be a semi-new thing in PC and Console gaming, Nintendo gamers should be very used to simulators by now. The Petz and Nintendogs games on the DS were sort of the first ‘3D’ pet simulators that came to handheld (I’m sure I’m forgetting some others, but that’s probably for the best), and they sold fairly decently. Although that’s mostly because Nintendogs games were actually packaged with the DS systems, it could also have been due to kids’ reactions when they found out they could take care of a virtual pet on their new DS! But that’s enough on the ‘history’ of simulation games. Let’s get right down to business. 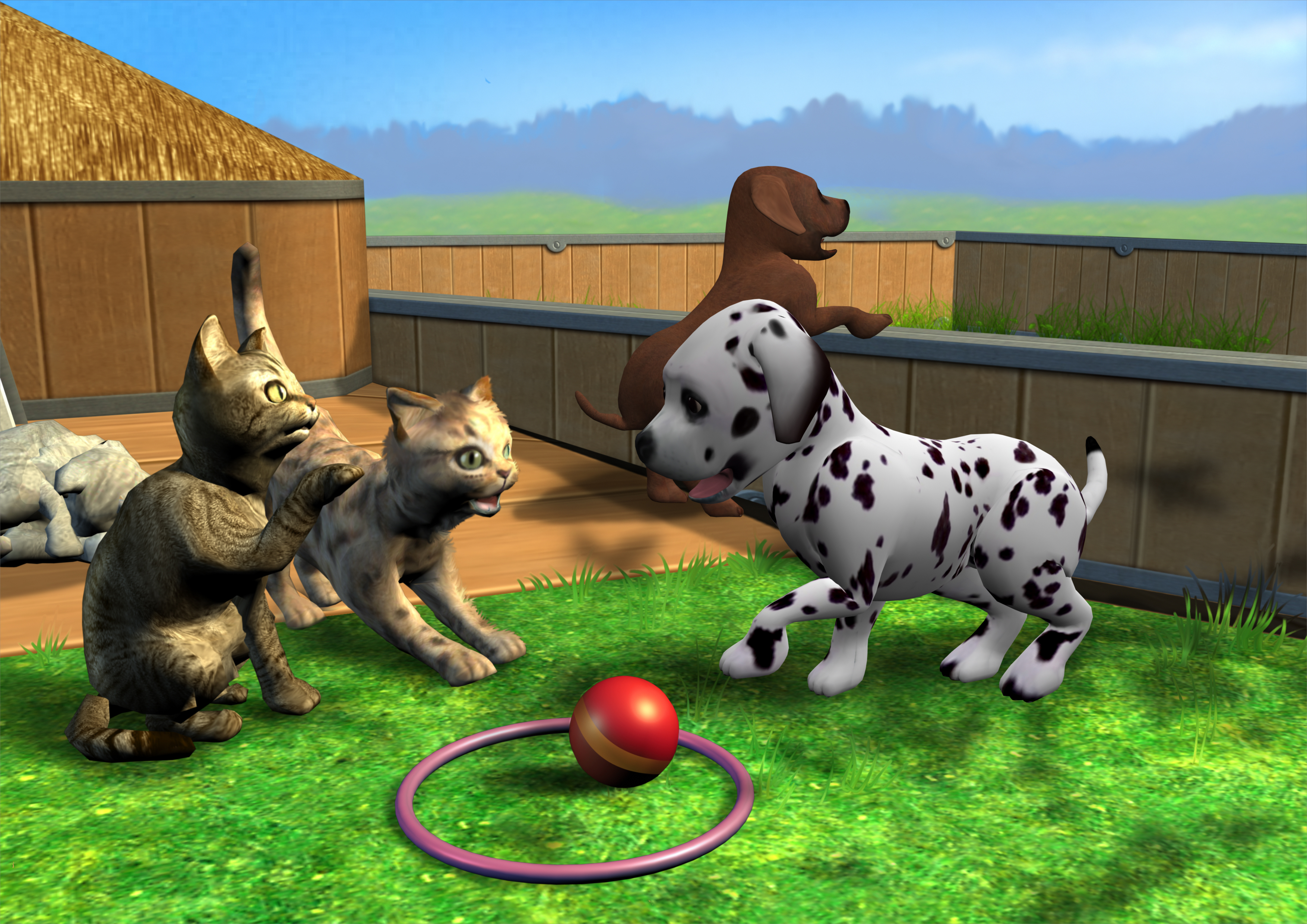 Have you ever wanted to teach other peoples’ pets to be obedient? Have you ever wanted to use doors without actually walking through them? Or maybe you just want to recreate the very realistic feeling of when you want your dog to follow you and he can’t because he’s stuck in a wall. If that’s the case, then this is your dream game! Yes folks, you heard me correctly. My Pet School 3D will very easily have the dog you’re currently training jogging in place..inside a wall! And to think, all I wanted him to do was learn his name, but he’s already walking on walls!

When you first start up the game, you’re looking at grass. And a sidewalk. You walk a little bit and some tutorial text tells you about the building you just passed by. That building is where your pet food and supplies you’ll need will be stored throughout the game. But they can’t give you any food or supplies, because that’d be too easy. You walk to the side of that building and you’ll find your first pet (it’ll be the one you pick, out of a cat, dog, bird, etc.) waiting on you with his owner. Once you talk to the owner, he is more than happy to leave his darling pet with you, a stranger, while he goes on about his day and does whatever. 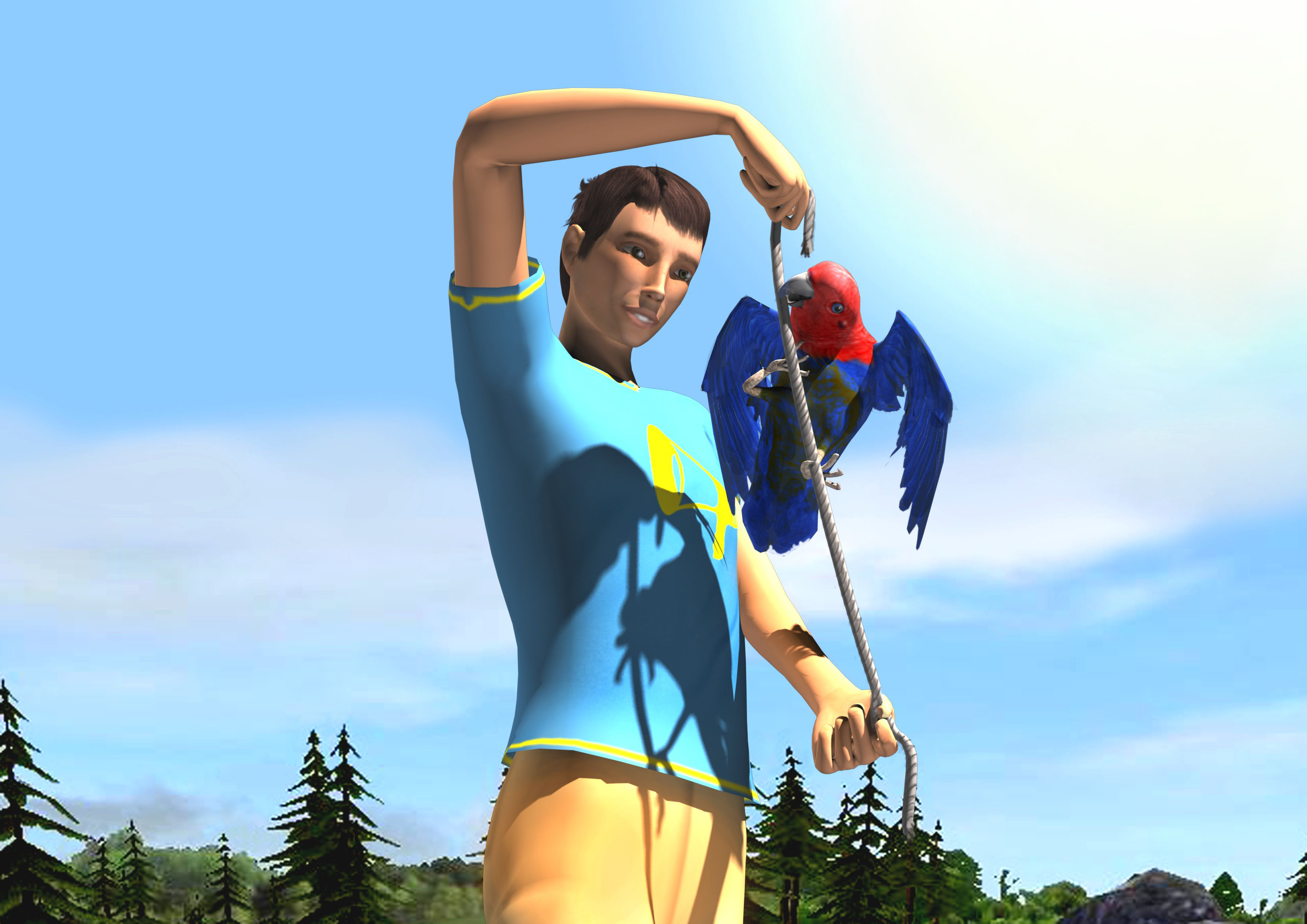 Once the pet is under your control, you must take him to his house and tell him where to stay. Then it tells you your pet is hungry. So you would think to go to your warehouse and find some food…but there isn’t any. Instead, you are told to walk all the way into town and buy some pet food, and you can’t even take your pet with you. You have to tell him to stay in the house and pray that he doesn’t escape like any pet would in real life if they were left alone in a strange house with a strange person. It seems to me like these animals are already very obedient. They don’t need me to help them out!

Once you go into town and grab the very specific food for your pet, it’s feeding time. You must go in to this yard area where the food bowl is (instead of it being in the kitchen), and place the food in the bowl. The pet comes to eat the food, and then the training begins. The very informative tutorial tells you that you need to teach the pet its name. Simple, right? The 3DS has a built in mic, so I should just be able to call him by his name and he’ll respond, won’t he? That’s what they did in some of those pet games for the DS! This’ll be a walk in the park! 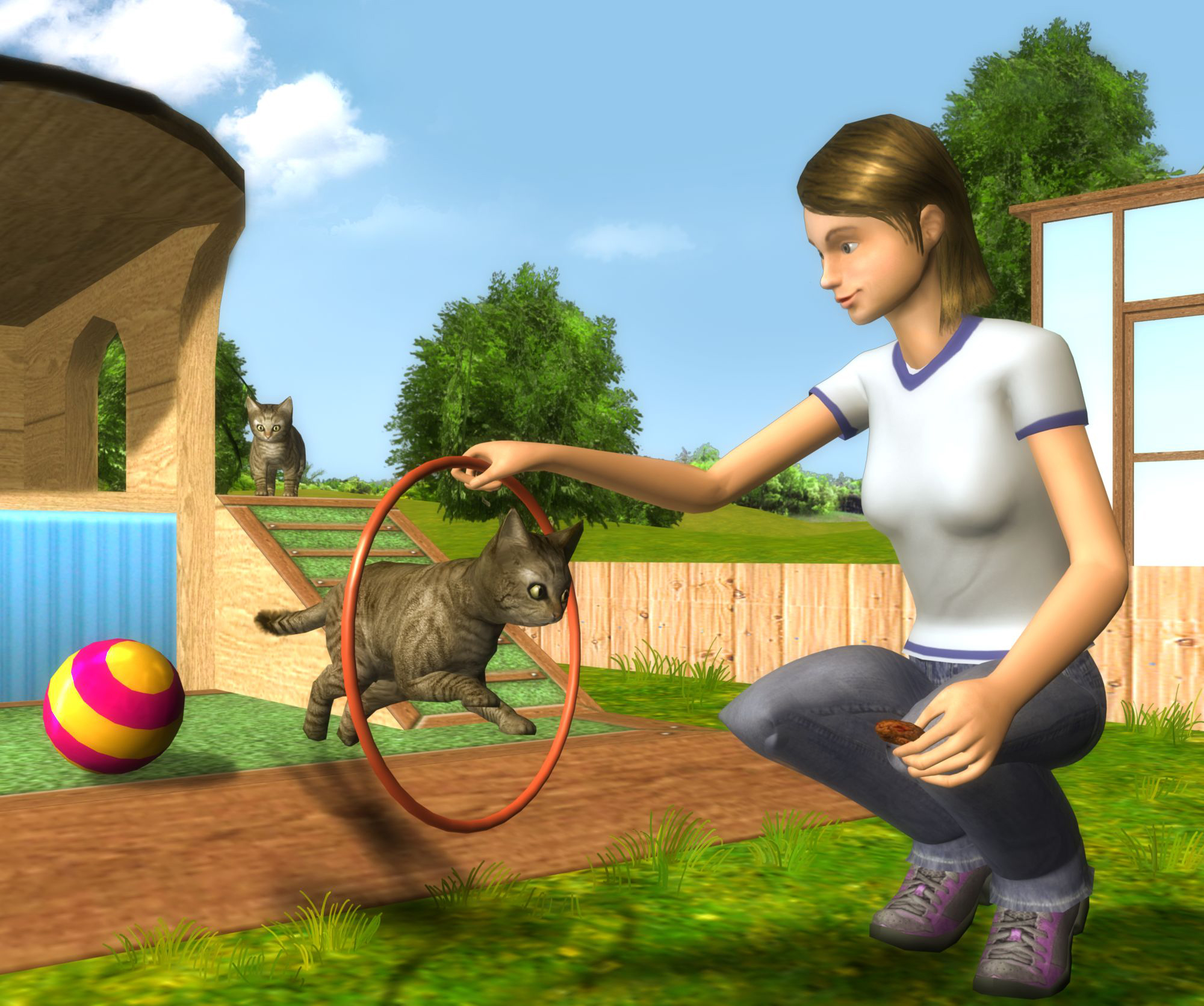 Nope. Not at all. It tells me that I need to tap his name tag for him to respond. Sometimes he’ll respond, and sometimes he won’t. Well that seems easy, too. It’s just that I don’t know how I’m expected to tap his name tag when it’s at the complete bottom of the screen, almost to the point where it’s not even tappable at all. And when you do finally manage to call the pet’s name, he has about a 3% response rate, which never seems to get better. This pet was so obedient, and now he won’t even listen to me when I call his name? If he wanted to run away, he should have done it when he had the perfect chance!

I’ve already talked about how buggy and glitchy this game is, but the graphics are just straight up bad. I mean yeah, it’s a pet sim. I didn’t expect it to have triple A graphics, but I thought the people would at least have realistic faces. All of the trees look like they died years ago, and the pets kind of look like small specks. Also, what little music there is in this game isn’t all that great either (I suggest a heavy metal soundtrack next time. That’s what I listen to when I’m feeding my pets). 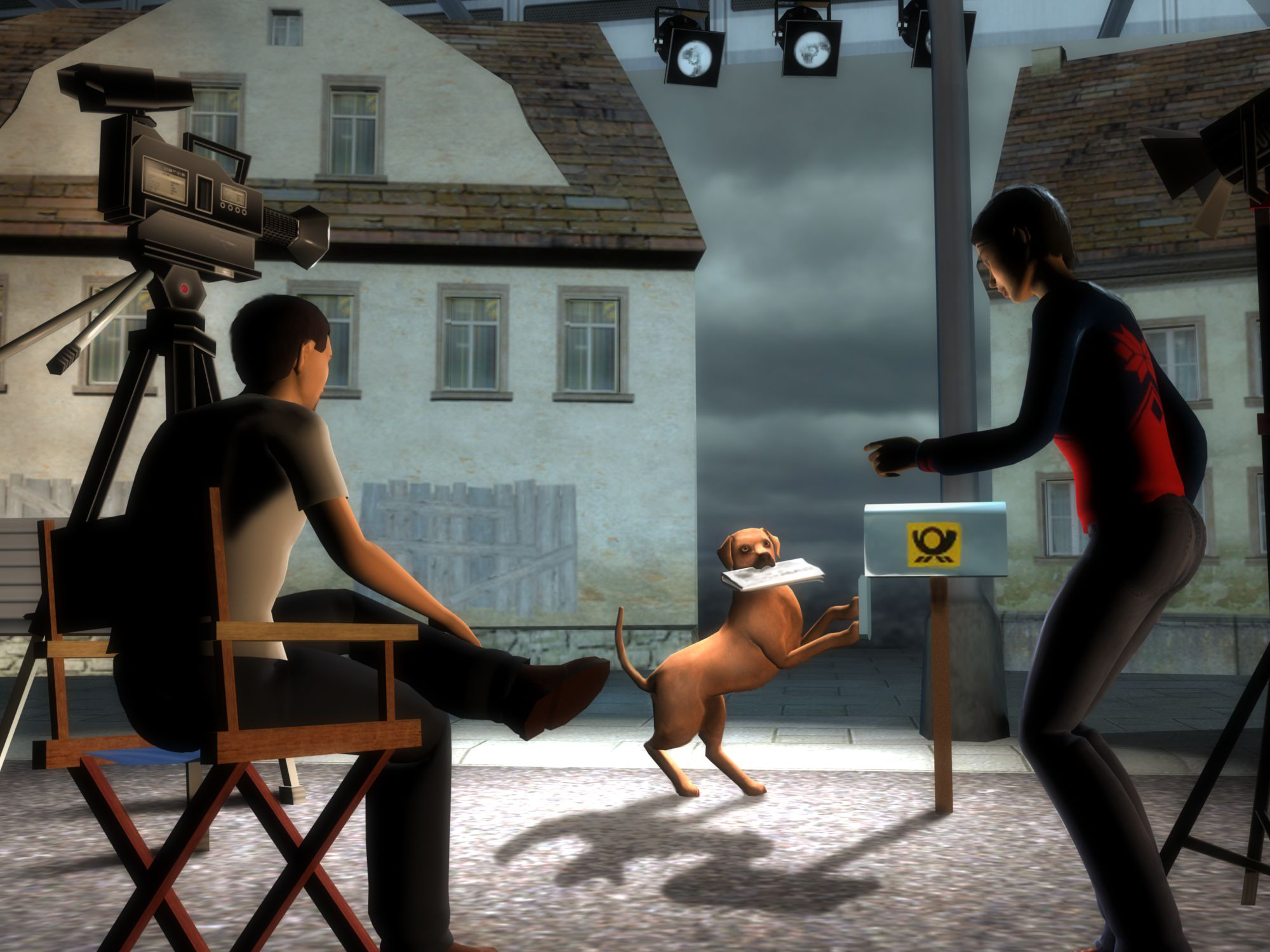 There are different things to do later on in the game (if you can make it that long), such as walking your dog in the Pet Park, or shooting a movie with him. There are even a few pet-friendly shops, I believe. These features are cool, but I imagine they too are broken. I also don’t know at what point they become available to you. It’s a shame, because I wanted my dog to star in a movie called ‘Frisbee: The Movie’.

I can’t give this game more than a 3/10, and that’s mostly for effort. I felt really bad at first, because I didn’t want to write this bad of a review, and I tried really hard to get in to this game..but I just couldn’t. There are so many bugs and bad graphics to the point where I’m still asking myself if this was an April Fool’s Joke.