Everyone’s favorite Nintendo in-game lawyer will make an appearance in court again, this time, on the Nintendo 3DS. Yes, that’s right. Today, Capcom confirmed that Phoenix Wreight Ace Attorney – Dual Destinies will be making its way to the 3DS in North America and Europe. Now, what about its release date? If you want to know, it will be released this fall, and the game will only be available at the eShop as a digital download. 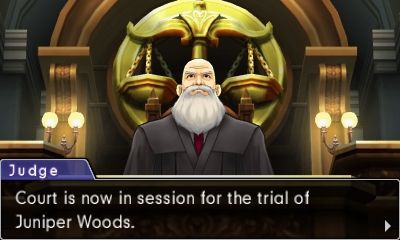 Why will the game only be available as a digital download via Nintendo eShop?

Sorry guys, but a physical release is not in the cards.

Historically it’s been tough to attract long term retail support for Ace Attorney titles. With the release of Phoenix Wright: Ace Attorney – Dual Destinies we wanted as many people as possible to be able to enjoy the game for as long as possible. With that in mind we have opted for a digital only release via the Nintendo 3DS eShop.

The game takes place 8 years after Phoenix’s last case. His first case begins with the destruction of a court room. It’s up to Phoenix and his team at the Wright Anything Agency to discover what caused the destruction and battle it out in court against Gaspen Payne. If you’re wondering, Gaspen Payne is the younger brother of Winston Payne from previous Ace Attorney titles.

Dual Destinies will provide the gamer with 3D gameplay. For the first time ever, the player will be required to investigate crime scenes with dynamic 3D visuals to uncover hidden evidence and clues by using zoom features, as well as changing views.