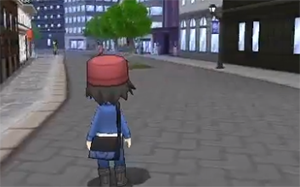 Tsunekazu Ishihara, The Pokemon Company’s CEO, and Junichi Masuda, Game Freak’s director, together with various members of the game’s development team, will share details about the next generation Pokemon games, Pokemon X and Pokemon Y, at the event.

The developer roundtable will not be streamed, however, most likely it will be recorded.

Or if you just want to watch the recap of the Pokémon X and Pokémon Y Developer Roundtable (video published June 12th, 2013) :