The blue hedgehog and some of his friends have united once more to rally on the racing fields once more in high speed action, not only on ground, but on air and water altogether, although, with that said description, can Sonic and his racing allies conquer the whole way through with glory, or is this game actually Sonic Drift 3 in clever disguise?

Sonic & All-Stars Racing Transformed was one of the many release titles that were released in stores back at the Wii U’s launch time on November of 2012, and a 3DS version was also released at the beginning of the following year. Now, you may look at the main new gimmick here, and the whole concept of the game in general at a glance, and think: “Why in the freaking 4th Chaos Emerald is Sonic racing in a car? Isn’t he supposed to be, I dunno, the fastest thing alive? Is Sonic suddenly trying to be Mario Kart?” Sure, it does sound stupid at first, but when you think about it deeply, Sonic’s speed has already been restricted similarly more times than probably expected, like when he had to compete in the Olympics with Mario, in Lost World, and in other cases, not for the better (I’m looking at you, Sonic Labyrinth and Sonic 3D Blast). And let’s be honest here: if Sonic was going to maintain his signature speed for racing on foot, the game wouldn’t be even legitimate to be done in the progress as he would win every single race possible. 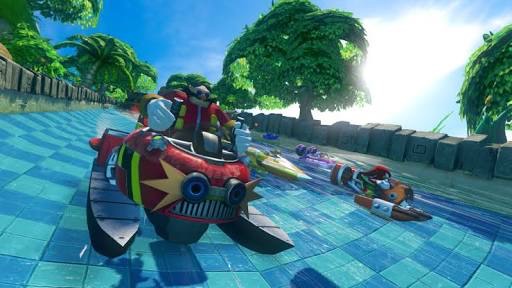 The gameplay of Sonic & All-Stars Racing Transformed is all about the high-speed action thrills during some varied courses of many different Sega franchises, with a wide option to choose of characters from Sonic, Skies of Arcadia, Golden Axe, Super Monkey Ball, Samba de Amigo and others. Some versions have exclusive characters to their roster, like the Miis in the Wii U version. There are about 20 courses in the game inspired by those franchises (with additional ones as in-game DLC for those who got the Bonus Edition), and they are all well varied in their lengths and structure, with many cleverly tricky obstacles and alternate routes placed through the way in reference to their original inspiration on most of them. Now admittedly, because I only played Sonic, Super Monkey Ball (‘Touch & Roll’ and ‘3D’) and Rhythm Thief as Sega franchises, I could only familiarize myself with two of the franchises involved here (Rhythm Thief isn’t included in the package), and they do their job pretty well. You can adjust your car between seven different mods which change your car’s main focus, including altering it for better drifting gameplay, speed, boost and others. You only have two mods when you first play as each character, and you can unlock the rest by leveling-up your character to their maximum level upon each race individually .All in all for the gameplay, it is amazing at how fun and thrilling it is, and how strategic it can be to aim for first place too.

Of course, with this number of tracks, comes a number of modes to play.Career mode, for example as the main mode of the game, allows to go through World Tour, Grand Prix, Time Trials and normal races. World Tour, particularly is like a main mission mode of the game where you take tasks like winning a normal or rival race, maintaining your speed boost, knocking your opponents out of the track in a standard race and others. Here, you can unlock other characters, and progress with stars ranked by the difficulty you clear the challenge. The higher the difficulty, the better. However, at the last parts of this mode, I was stuck in a part where it looks like the game thinks I’m already a master on it, since I still have three characters left to unlock, plus a few car mods updates, and it feels like it’s asking a bit much for some. In a quick summary, there’s a decent amount of depth to the game’s single player and multiplayer sections, and for the most part it is very neat. 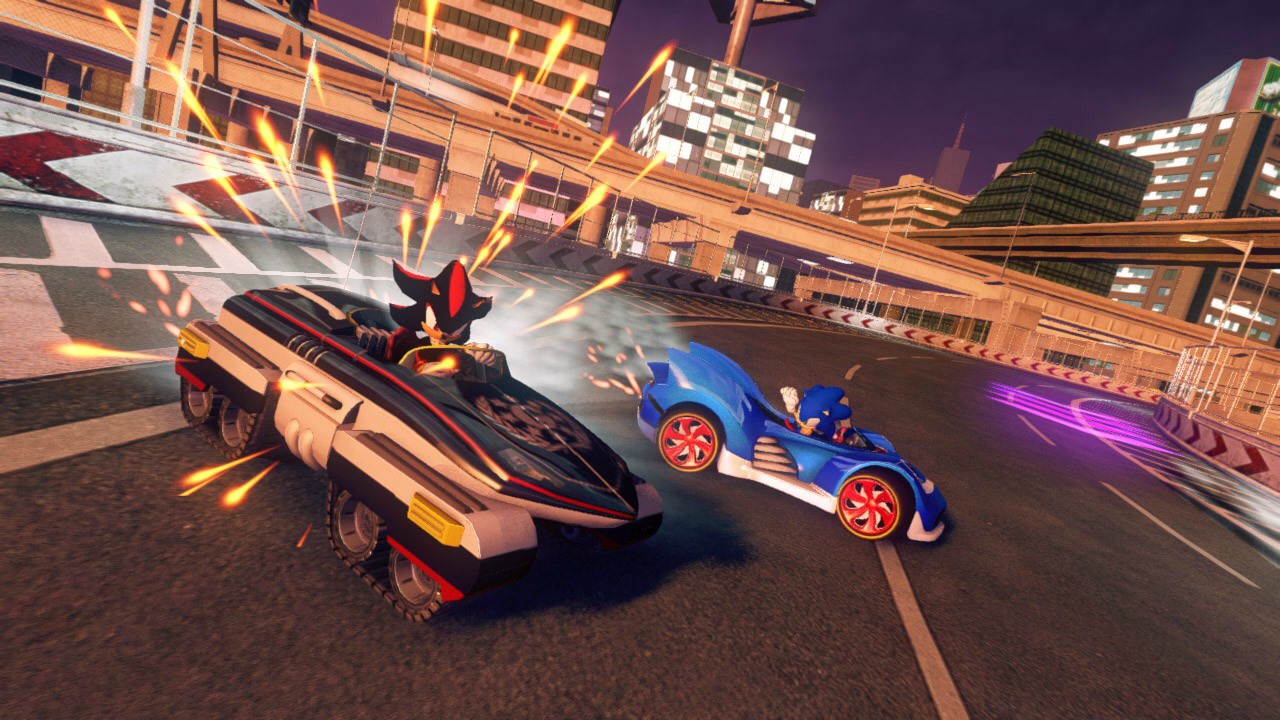 On a visual note, I must say the game looks great on the Wii U. Colors are well put together, textures look believable for each visual style of each track, and effects like water are plain stunning. This is definitely a game that can showcase some of the Wii U’s graphical improvements over its older console brother, and that’s a big plus.

Controls-wise, it does handle very responsively. You use one of the GamePad’s shoulder buttons to accelerate instead of ‘A’, and you have button usage for items, brakes, looking behind you, doing stunts in the air with the right analog stick, and drifting. Drifting controls beautifully here. It feels more awesome when you reach a maximum level boost, as you can even switch directions quickly to build the momentum by releasing and then pressing again the drift input and the opposite direction, and some tracks do tend to have lots of short and long curves, so this feature comes in handy a lot. If I do have an issue to point about the controls however, I’d say it was with air stunts. You can “barrel roll” left, right, up and down whenever you please, and use it in a total of 3 times in air, but I noticed that at some moments, the car would do a sort of lag speed effect whenever you stunt too much, or hit the ground with a stunt. This is a minor thing I personally found a bit annoying, but scratching that, the controls, although complex at first, do their job just well. 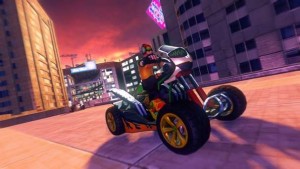 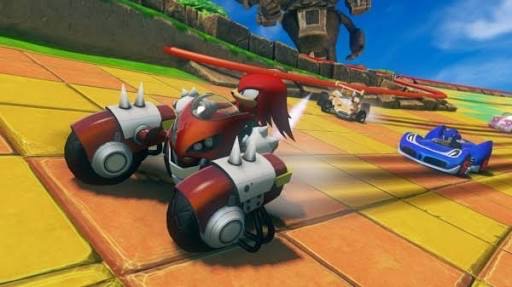 Now regarding the multiplayer of All-Stars Transformed, I can only say so little because I didn’t play it often with friends, nor online because of the lack of players who are playing worldwide at the same time before writing this review. From what I can remember though online went pretty good, with bare appearance of slowdowns of sorts, and only a number of match cancellations happened too. Local matches are also something you can easily be addicted to playing with other people, either in races or battles.

Sonic & All-Stars Racing Transformed is most likely to be one of the best multiplayer games released on the Wii U, with only an issue notice that it’s rather overshadowed by Mario Kart. It’s not a Mario Kart cash-in though. It’s a fantastic game by all means, and Sega, alongside Sumo Digital, did put their effort to do a great project that generally represents the company’s long-running history of over 20 gaming years. Whether you like racing games or one of Sega’s previous works, I’d give this a total recommendation.Transformed does have a lot going for it, and it handles it all with a great performance.