The Swapper is a platform-puzzle game where you need to use an experimental device allowing you to create clones and also, swap your entire consciousness into the cloned body… It’s quite a dark story if you think about it.

You are capable of creating up to four clones at the same time and you create each one at the same time. That requires you to be careful since falling from a high altitude will kill you (or your clones) and meanwhile you don’t die, it doesn’t matter what happens to the others.

If you touch one of the clones or if one of them dies, you will recover a clone spot allowing you to create another, however, they are some limitations: clones can’t be created inside blue lights, and red lights will block your swapping ability. 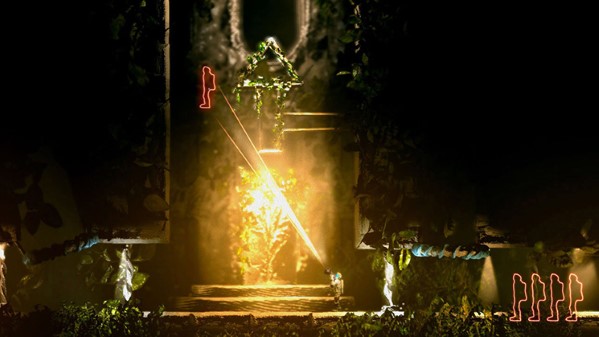 If you’re not playing a puzzle, you are exploring in order to progress: this is done with the basic rules of a platformer game, however, there are some variables: you can find a gravity zero zone when you need to impulse yourself with the swap device, or clone yourself when you’re falling in order not to die when you land.

The puzzles can be mind-breaking sometimes where some of them can have different ways to be solved (some of them are harder while some can be easier). The duration is another story though, in my case I needed a little more than three hours to reach the end (my fault, I played the PC version a little), but an average duration can be around four to six hours depending on the player’s experience and skills.

The controls are well done, and meanwhile it can only be played using the Wii U Gamepad, you also have the option of using buttons alone or, if you need to be more precise, using the tactile screen in companion with the buttons. It works fine but it’s more comfortable using just the buttons in my opinion.

Something I like a lot is how well done the work is in the audiovisual element of the game: the graphics are great, with an excellent use of lighting and some additional effects you will notice during the story. The soundtrack offers tracks being a mix between relaxing melodies and audio backgrounds with a good use of the piano, and also, great voice acting. 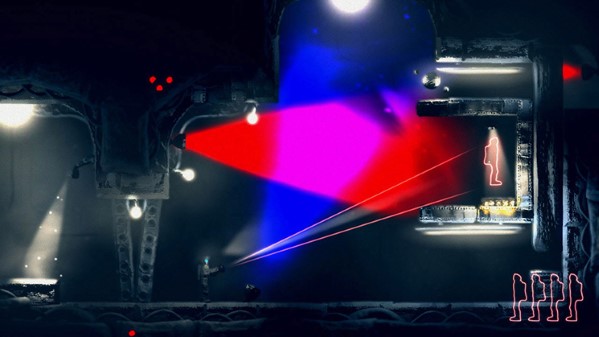 There’s also small replay value: once you end the game you will have an option that gives you access to two different endings, since the game auto-saves pretty often, you will need to play again in order to watch the other ending.

The presentation for The Swapper is nice, including a nice manual with the basic explanations, a good use of the Gamepad and also Off-TV play. There are some missing elements as well: you can’t use another controller like the Wii U Pro Controller, the replay value is really limited and when you finish the game, using the continue option is just watching the controls.

Conclusion:
The Swapper is one of the most professionally made indie games available via Wii U eShop and it’s a great addition despite of its price. The puzzles can be really difficult to solve and the story is a good reason to finish the title. Even with the high quantity of puzzle games available, The Swapper manages to provide the player with a fresh experience.

However, some players will prefer to wait for a discount since you can get the PC version for less.