Another week, another update for the Nintendo eShop. Like we usually do, here is a list of the new releases and sales, as well as the old sales that are still live (it appears that we’re the only site that does this on the Internet).

Before getting to the list, I should mention this week’s awesome promotions and sales: 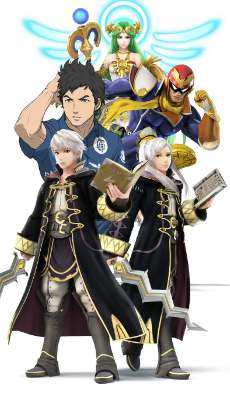 North American Smash Sale – Week 2:
Two retail titles and a bunch of virtual console games are discounted for the 3DS and Wii U due to the release of Super Smash Bros. 4 for Nintendo 3DS, including Kid Icarus Uprising and Fire Emblem Awakening (hard to skip). LINK.

Zelda Week Sales in Europe:
Another bunch of Zelda’s sales are now available and this week they are pure Virtual Console fun. LINK.

Rising Star Games 10th Anniversary
The famous publisher is celebrating ten years with an awesome sale, mostly if you live in Europe. LINK.

Also, remember that buying Azure Strike Gunvolt will get you a free copy of Mighty Gunvolt.

Europe will be getting a free game promotion too!